Desert adventures, beach holidays and mountain hiking – when you think of Morocco, these themes immediately come to the fore. But the North African country also has exciting urban centres that make Morocco a perfect destination for city breaks of a very special kind.

To the city adventures 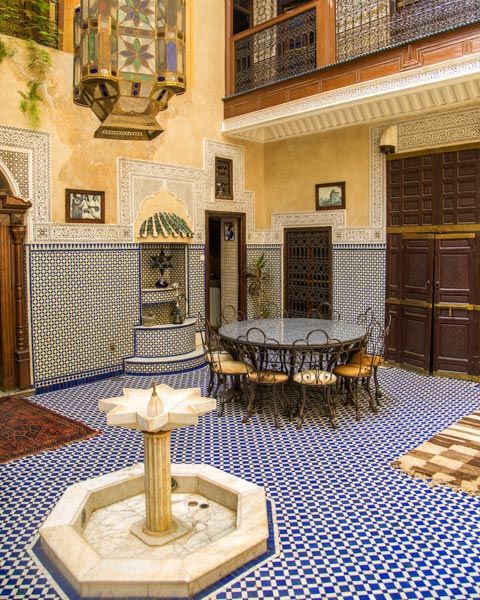 Casablanca, with over three million inhabitants, is the largest metropolis in Morocco and achieved worldwide fame through the film of the same name with Humphrey Bogart in the 1940s. Even today, the film attracts many tourists to the port city with its remarkable architecture in the French colonial style. Marrakesh in the southwest of Morocco, on the other hand, offers a completely different picture. The red city with its labyrinth of alleys exudes a pure Moroccan attitude to life. On the Souk, the biggest bazaar of the city, you can haggle, stroll and enjoy the city life with all your senses to your heart’s content.

Riads – small oases of peace in the middle of the medina

Peace and quiet can be found in the enchanting courtyard of a riad. These splendid “small palaces”, which today are often used as family shelters or inns, bear witness to the rich history of the city. A history that is also reflected in the royal city of Fès. It is considered the capital of culture and offers visitors numerous museums and an imposing medieval medina, which is not only the largest medina in North Africa, but where traditional craftsmanship is still produced and sold today. The capital of Morocco is Rabat. Here resides the royal family and the cityscape is characterized by the harmonious combination of tradition and modernity. The French influences cannot be overlooked in Rabat. The Mausoleum of King Mohammed V and the Merinidian necropolis called Chellah are the most famous sights. 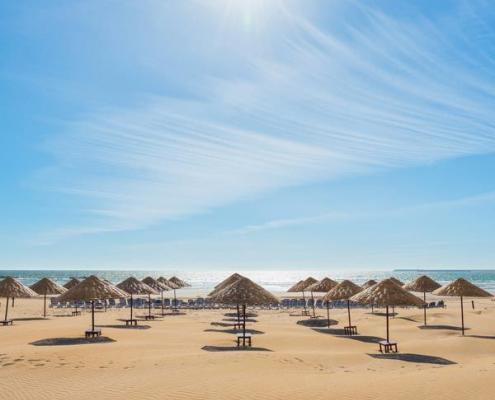 In the north of Morocco there are three cities worth seeing, which could not be more different. The metropolis Meknès is the last of the four royal cities and a loud and colourful mess. A strong contrast to the former holy city Chefchaouen, which shines completely in white and blue at the foot of the Rif mountains. In this fascinating setting you can take a break with a glass of peppermint tea or wander through the steep streets and be amazed. Not far away, the city of Tétouan has an equally splendid old town. Much more modern is the artistic city of Tangier at the tip between the Mediterranean Sea and the Atlantic Ocean. Where writers and musicians used to draw new strength, the city is still a meeting place for creative minds today. Jazz music in particular finds an enthusiastic audience here.

Sports and culinary delights on the Atlantic coast

Agadir, the most modern city in Morocco, is famous for the multitude of sun worshippers who “pilgrimage” to Agadir every year. Here you will find beautiful beaches, a wide range of leisure activities and a nightlife that is only possible here in Morocco. In addition to Europeans, young locals also like to spend their holidays in the city by the sea. The port city of Essaouira shows itself from a similarly picturesque side. Surfers and other water sports enthusiasts cavort against the backdrop of the impressive city wall, and the old town, where many artists are active, shows the atmospheric picture of Portuguese city history. Traditionally prepared food with typical Moroccan spices round off the holiday experience.

Our adventures about Morocco’s cities

Find your next adventure and immerse yourself in the urban worlds of Morocco!