How safe is Morocco as a tourist destination?

Morocco Security – General information on the security situation in Morocco

Many people rightly ask themselves how safe Morocco really is as a tourist destination. And the answer is quite short: Morocco is an absolutely safer travel destination!

In the following we will explain why this is so and how we come to our statements. 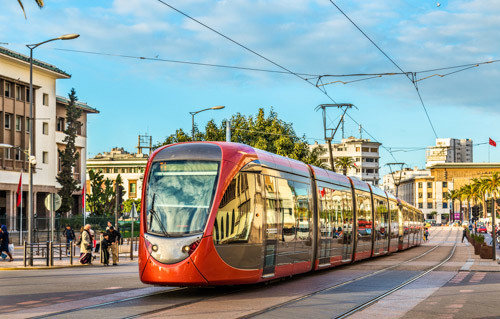 Casablanca is a metropolis shaped by the west

Politically, Morocco is a very stable country. The Moroccans are extremely hospitable and mostly orientate themselves towards the European West. Those who have visited Casablanca once will know that the cityscape of Casablanca is very similar to a big city in France or Germany. King Mohamed VI is still very popular with the people. Also the acceptance towards the elected government, after the great reform and the introduction of the new constitution, increases continuously. The political situation in Morocco is calm and stable. The German Foreign Office continues to assess the situation as stable and does not advise against travel to Morocco due to political instability.

Furthermore, according to the German Foreign Office, Morocco has “very effective security authorities. State power is exercised effectively and unrestrictedly in all parts of the country”. Thus there are no law-free zones in Morocco, as they are to some extent found in European countries. As in any other holiday country, one should observe general rules of conduct in order not to put oneself in unpleasant situations.

Morocco is an Arab country, how high is the risk of becoming a victim of an Islamist attack?

Not higher than in Europe! Morocco is an Islamic country, but that does not mean that there is a problem with Islamic terror in Morocco. According to the Travel Risk Map, the security situation in Morocco is the same as in most European countries (e.g. Germany, France, Spain, etc.) and significantly better than in Turkey. So would you cancel your holiday in Spain because the danger is too high for you? Probably not! Please also keep in mind that Turkey is more insecure than than Morocco and tourism is flourishing in Turkey.

The Islamic terrorist threat has increased worldwide and is not limited to Arab countries like Morocco. Unfortunately, many people still associate Islam with terror. However, this is a generalization that does not do justice to many Muslim countries, such as Morocco. Also a “proximity to the source of the fire” is a fallacy. Germany, for example, is closer to the Middle East than Morocco.

What about the border areas with Algeria and Mauritania?

As a precaution, it is repeatedly pointed out that kidnappings by radical Islamic groups could occur in the border regions with Algeria and Mauritania. There has never been such an abduction of foreigners in Morocco before! The tourist areas in the Draa Valley and Merzouga are expressly excluded from these warnings. De facto, therefore, we always travel to regions which are statistically safer than most European countries or, for example, Turkey. The Moroccan army is very intensively securing these border areas in particular. The border areas with Algeria and Mauritania are probably the best and most modern border areas in the whole of North Africa. It is thanks to these security measures that no Islamist extremist group has been able to establish itself in Morocco to date. The Moroccan army reacted to the increased terror situation worldwide by sending even more personnel to the borders.

The Foreign Office warns against travelling to the annexed territory of Western Sahara. We do not offer travel to this area!

Morocco has one of the lowest crime rates in the world and the number of serious acts of violence is far below the average of most European countries!

As in any other country, you should be careful of thieves in tourist areas and attractions. The rules on the prevention of theft and crime applicable in Europe and North America should also be observed.

How safe are Moroccan roads and can I drive myself on holiday? 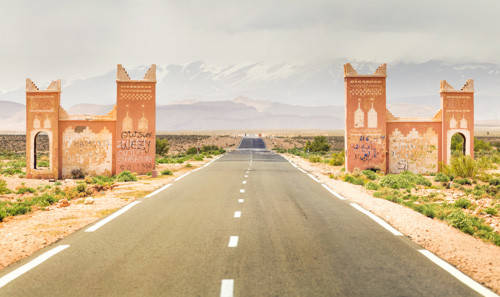 Morocco has a well-developed highway network

The road system in Morocco is very well developed and in particular the highways are in good condition. Technically the road traffic in Morocco is no problem at all. Unfortunately, the driving behavior of many road users, both motorized and non-motorized, is a factor that can become a problem. Drivers are usually less well trained than in Europe and general traffic rules are often ignored or “interpreted differently”. Unfortunately, safety measures such as seat belts are not often observed. Many Moroccans are not aware of the safety risk of traffic and this can put themselves and others at risk. So you should always drive with foresight and keep a safe distance. The Moroccan security authorities are well aware of this, which is why traffic checks are very frequent. It is not uncommon to be checked three times over a distance of 100 km.

Big cities are only for safe and experienced drivers

In the big cities it can get very hectic during rush hours. This is not for the faint hearted, as there is a lot of honking and and bussy traffic. We advise beginners not to to drive in the city with your rental car. Overland trips and rural areas are not a problem.

With most European driving licences you can rent a car without any problems. The conditions are comparable to renting a car in Europe. The prices are quite reasonable and the technical condition of the cars is in most cases also to be evaluated as good.

How will the security situation in Morocco develop in the future?